Book Review – Dietrich Vollrath: Fully Grown – Why a Stagnant Economy is a Sign of Success

The twilight of the Western economic potential

When we hear the title “The meddled economy – Stagnation as a sign of success”, our readers interested in international relations and foreign policy might ask why the book should be a relevant reading for them. As we have learned over the centuries, the economy which includes economic development, goes hand in hand with the foreign and international policies of certain countries. This 245-page book which requires minimal background knowledge, provides a great insight into the economic situation, or “stagnation”, of the United States in the last century. The author, Dietrich Vollrath is professor of economics at the University of Houston. His research focuses on economic growth, but also on disproving generally accepted dogmas and misconceptions. He uses a number of diagrams and figures that are particularly useful and enhance the book’s quality. Let’s see what this educational workpiece has to offer us.

One of the most important measures of economics is GDP per capita (Gross Domestic Product) which we can hear about on many occasions when comparing the economic performance of countries. Mr. Dietrich drives our attention to the fact that average economic growth per year has been declined from 2.25% in the 20th century to an average of 1% in the 21st century. This dramatic change has been accomplished by the American economy in about 20 years. Let me highlight that the events and indicators outlined by the professor are all focused on the USA, but they could be applied to the entire developed and industrialised world. How did this become the shocking reality?

As a layman, we can surely blame regulations and mouthing innovation. There is truth in these claims, but as Mr. Dietrich outlines, the two most significant indicators of stagnation are demographics and modern lifestyles. In demographics, the baby-boomer generation is now retiring, population growth has been slow down fairly in Western societies. The consumer behaviour of our society has changed, people mostly spend on services (which may be the most conspicuous feature of our prosperity). The latter two facts and allegations both are due to higher living standards and safety, but the point Mr. Dietrich mentions, is that this does not necessarily mean perfection as well. The fairy-tale economic growth of Western civilisation has reached its peak since the Industrial Revolution.

Prosperity promotes focusing on less economically productive things that do not result in potential GDP growth, like healthcare or environmental protection (which entails the most regulations worldwide). At the beginning of the book, we can learn about the evolution of the factors that make up GDP, and we can see the combined changes that lead to today’s historic economic lows. Among these, the dramatic decline in human capital is now at a negative pace. Human capital has mostly been influenced by population growth, reduced number of workers and the number of hours they work. From now on, fewer and fewer people are going to university in terms of numbers. As we can see, it is all about demographics, so let’s look at why families are shrinking from an economic point of view. By the 1970s, the boomer generation had reached the age of having children but both living standards and women’s new career options greatly increased, and motivated young adults to postpone or minimise childbearing. This change cannot be considered unexpected. Historical experience shows that if tangible goods are not limited in societies, people start to invest more in “fundamental individuality”. I am sorry that the author does not converse between the consumer society and the workplace promotion. The other reason related to high fertility is the shift in our economic decline towards the services already mentioned.

With the added value, the manufacturing industry (including material production) is still the most significant factor, but it is gradually decreasing and now seems to be not competitive with the growth index of services. What is it due to? On the one hand, the price level of goods are constantly falling, but their quantity and quality are stable, and they improve. Consequently, the amount we save can be spent on more services. However, manufacturing of a product contributes more to the level of GDP than the sale of a service, thus the current trend leads to a lower GDP.

In the book, a number of additional growth rates reducing the factors are displayed, such as innovation, market power, regulations, inequality and trade. Mr. Dietrich mainly reveals the role of monopoly companies and the centralisation of power, but this is very slightly affecting the decline in economic growth together with other mentioned factors. The book and the appendix are worth reading to get the full idea.

During reading, I waited curiously what will the professor recommend regaining our economic growth. Actually, he and other economists accepted the fact that we are helpless, but that is not an error. For the big downturn, the road led through our success. What can be the most important message of the book? – growth rates fell and will fall. It is time to deal with challenges, inequality, environmental issues and what truly determines the value of human societies.

Grateful thanks to the Pallas Athéné publisher for the book. We recommend to all our kind readers to take a look at publisher’s website, if they are looking for books related to international relations or economy. 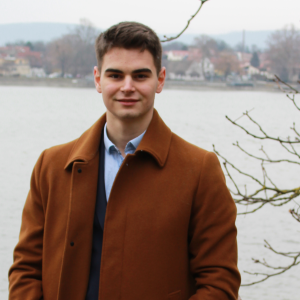