– Lecture about the new challenges and the hybrid warfare

– Discussion about the Crimean Crisis, the Russian propaganda, and the joint hybrid warfare operation of Russia and Turkey

– Introduction of the different narratives of Russian-Ukrainian relations

Third session: Propaganda and disinformation by YPG and PKK

– “The Western media does not concern PKK as a terror organisation

-It is hard to select the quality real news due to the mass information.

– What sort of threats could the technical developments of drones’ cause?

– Turkey accuses Gülen’s organisation for the military coup of 2016.

– Gülen organisation can be divided to 3 parts: 1, sympathizer, 2, troops (who are part of the army as agents of Gülen) 3, Fetullah Güllen and his close supporters 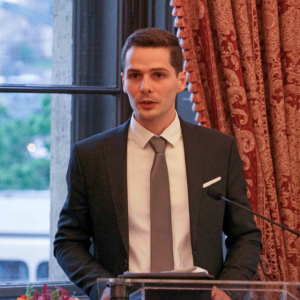